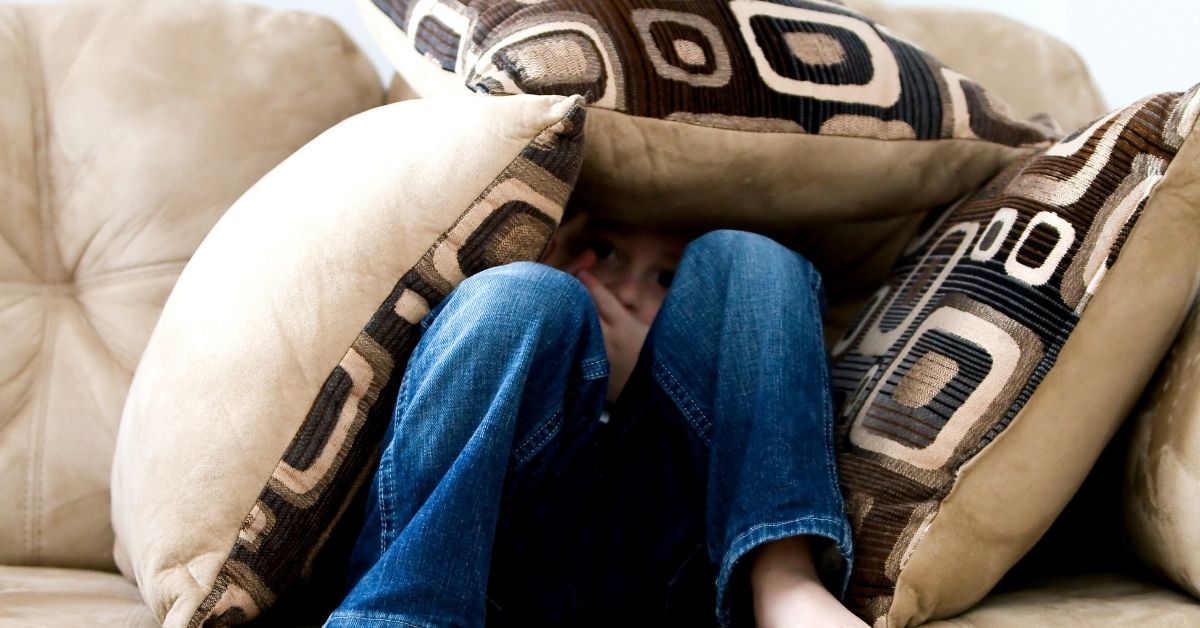 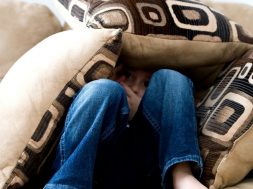 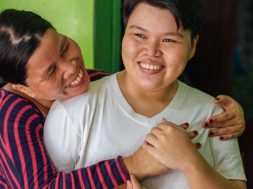 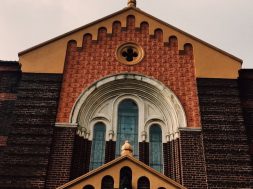 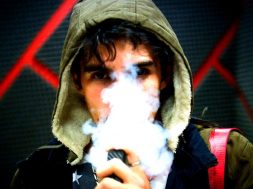 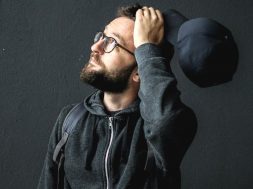 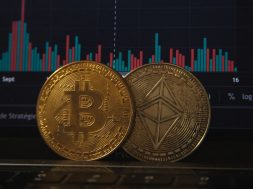 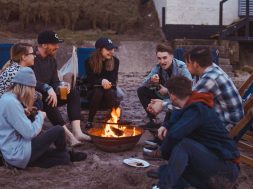 Smacking is one of those topics in parenting that never really goes away. It’s always in the headlines or creating some kind of provocation on social media.

The reason? There’s a disconnect.

A little under half of the Australian public sees it like this:

“I was smacked as a child and I turned out ok/it never hurt me.” (See my New York Times article about this.)

“If I don’t smack them, how are they ever going to learn?”

“I got smacked and I deserved it. If my kids deserve it, they’ll get smacked too.”

“If you don’t smack them, they’ll turn into precious snowflakes.”

“It’s the only thing that works.”

“You can’t reason with a child.”

Hands up! Who thinks smacking is ok?

We don’t have great data on exactly who holds these pro-smacking attitudes. However, in 2019 the ABC published the results of their Australia Talks survey and found that there is a trend. Older Australians tend to agree that “smacking is an acceptable form of discipline” at higher levels than do younger Australians.

We do have some data on who is doing the smacking though. The research reveals that low-income parents are more likely to smack their children. This may be related to stress from financial pressure, and low levels of support. Race and nationality, plus education, along with religiosity, also predict who will be pro-smacking, although it’s a little complicated.

Essentially, the research points to a politically indelicate reality: the biggest predictors of who will smack are low-income, low education, high religiosity (in countries where religious participation is low), or being from minority cultures, races, or nationalities.

With the research acknowledged, it’s also worth highlighting that I’ve spoken with a large number of well heeled, well educated, non-religious, Anglo-Australians who are all for giving their child a whack on the backside if that child doesn’t measure up.

In short, lots of people feel like smacking is ok.

While close to half of Australia says it’s acceptable, researchers are increasingly of the opinion that smacking is harmful to children, and the data shows it is associated with a range of negative outcomes for our kids, both in the short and long term. While everyone has an opinion, the data is not really up for debate. With few exceptions, researchers (including those who are all for handing out “negative sanctions” for challenging behaviour) generally discourage any kind of physical hitting.

Based on the research, the Royal Australasian College of Physicians has stated in their official position paper that it “believes that physical punishment is an outdated practice. It fails to recognise the human rights of the child.” The American Psychological Association has thrown its weight behind the stop smacking movement too. (In the USA they call it “spanking”.)

These are smart people. And yet the ‘stop smacking’ position seems out of touch with what half of Australia thinks.

Where do we go from here? How do we help those who are pro-smacking recognise that there are stronger alternatives? Thus far, an appeal to the research has fallen on deaf ears. Anti-science sentiment has increased rapidly in recent years as political polarisation has accelerated. We’ve seen this with COVID-19, anti-vaxxers, climate change, and more. Perhaps, an appeal to logic and morality might help?

An appeal to logic

Let’s imagine a scenario. You’re on the train after a long day at work in the office. A man and a woman, clearly a couple, are sitting nearby discussing the shopping trip they’ve been on in the city. The man pulls out a shopping bag and makes a comment about how much he loves the dress his wife bought – and how pleased he is that it was so cheap. “Half price!” His wife/partner looks at him quizzically and says, “It wasn’t half price. We didn’t buy the cheap one. Remember? We decided this was the one we’d get.” He looks confused, asks the price, and on hearing what it costs, becomes aggressive. Then he hits her, exclaiming, “I can’t believe we paid that much for this dress! You lied to me!” Then he hits her, once more. Each of those two hits is what we might call a “swat”. But it’s designed to hurt her. He’s mad.

What are you feeling right now?

If we shift the scenario to one where two people have a car accident. It’s clearly an accident. No one is really at fault. Just one of those things. If one of the parties starts hitting the other, we call the police! We don’t accept violence towards another adult. It’s never ok.

“When a big child hits a small child in the playground, we call him a bully; five years later he punches a woman for her handbag and is called a mugger; later still, when he slugs a workmate who insults him, he is called a troublemaker; but when he becomes a father and hits his tiresome, disobedient or disrespectful child, we call him a disciplinarian.” *

Why is it that I’m not allowed to hit another adult – even one being unreasonable, and who needs to be disciplined – without being charged, yet I can whack my kids? I weigh at least three times what they weigh. I’m far bigger and stronger. But the law doesn’t call it abuse?

Smacking children is related to unwanted outcomes including our children being more likely to be violent, depressed, anxious, stressed, more likely to be delinquent, or to use and abuse drugs and alcohol. And the harsher the smacking, the greater the unwanted results. There are literally hundreds of studies that point to these outcomes. But… like the teen who doesn’t believe us when we tell them drugs can hurt them because “nothing bad has ever happened to me or my friends”, there are plenty of kids who are smacked but who don’t experience these negative outcomes at dysfunctional levels… so it must be ok.

When I was young, the law was changed around seatbelts. All of a sudden, we had to be restrained when we were in the car. Those long trips where we lay across the back seats were now to be spent sitting upright. Even a quick trip to the shops required us to click our seatbelts in place. And people were livid!

A generation later and we buckle up without thought.

The same can be said for a number of legislative changes.

The fact is that most Aussie parents still defend their ‘right’ to hit their children. But if laws were to change people would start to think twice. And the data is in from other countries, showing that smacking would be reduced, bit by bit. Parents would find other strategies. And children being hit would become a rare occurrence.

Many parents hold the belief that if we don’t discipline our children, they’ll grow up to be out of control. This is true… but remember, discipline means teaching good ways to act.

Smacking is not discipline. The evidence clearly shows that smacking doesn’t keep the kids under control. It doesn’t teach effectively. Rather, it seems to send them out of control (over the long term).

Nobody likes to be told that they are a bad parent, and that’s not the point of this article either. Every parent says and does things to their kids that they wish they hadn’t. And we feel guilt over it. Then some ‘expert’ comes along with a new study that re-opens the wound and we feel a need to justify our behaviour.

There’s no other way to say it though – smacking is wrong.

What other options do I have?

And for those wondering what you’re supposed to do instead?

There are a handful of positive, kind options that DO work much better than smacking. (Nothing will work 100% of the time, including smacking, but these work most of the time.) You can find them for free at my website. Just search my name (Justin Coulson) and the word, discipline. Here’s a shortlist:

–       Giving them in fantasy what they can’t have in reality

If you want quicker access to solutions that work, take a look at my book, 10 Things Every Parent Needs to Know, or become a Happy Families member today.

tags: articles behaviour discipline happy families justin coulson
0
previous Why Advice About Alcohol Falls on Deaf Teen Ears (and What You Can Do About It)
next A Letter To My Sons About Becoming Good Men (In a Culture That Degrades Females) 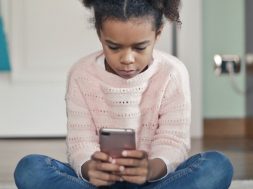 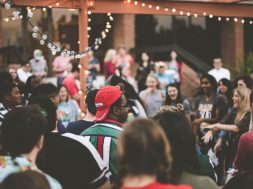 Parties and Alcohol – Do Parents Have Any Influence on Teens?